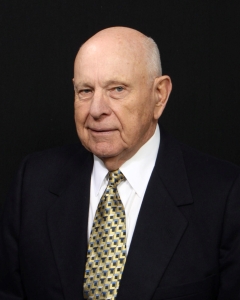 Does the word persecution bring chills of terror to your being?—it does mine. Have/are you guilty of persecution—I have been unwittingly—hopefully not now. It has frequently been said that with age comes wisdom which, in itself, comes from education, observation, soul-searching and inner honesty. As we mature in life many of us ask questions about old habits of thought, feelings and activities—wisdom allows us to answer those questions correctly thereby reducing and/or eliminating the persecutory attitude we have demonstrate for years. Most people nowadays are familiar with all sorts of religious, political and racial persecution both from the beginning of recorded history up until today. If you ask the average person on the street who professes a religion if he/she persecutes, I would venture to say a strong denial would be the response. However, if one engages that person in a conversation regarding religious beliefs and foundations, almost instinctively a confrontational presence will appear—even more-so with political discussions—less so now with racial discussions. Why do you suppose that is? I think it is a hold-over from remote modern times when overt persecutions by the majority in control were the norm—hence the discovery and settlement of the United States Of America. But even that attempt at escaping persecution in a “perfectly free” nation didn’t stem the tide completely. Various Protestant and Catholic factions viewed each other with a disdainful jaundiced eye–they still do but usually with rather smug attitude of acceptance. However not a single one is willing to give the other full quarter. Isn’t that perpetual attitude a form of civil, mental and emotional ill-treatment?—I think so. Way too often, churches have convinced their believers that theirs is the only true path to God; that they are the only ones with the correct set of understandings—every other church is wrong. Is it not an innate understanding then that your neighbor is not worthy of your total acceptance (love). If asked, could you give a good logical answer as to why there are 33,000 so-called Christian denominations in the world, and each proclaiming absolute authenticity?—I can. The reason is very simple; absolutely no one knows who or what God is. Oh, if you asked any one of them that seemingly simple question, you could expect an immediate rush of verbiage rattling off what God has done and is going to do, but not one single word about who God is. And here my friends is the cause of all the hostilities and resultant persecutions that have plagued mankind and the earth forever—no one before me has ever defined the essence of God. Without an essential definition, you simply do not know about what or whom you are speaking. It’s like attempting to talk in detail about an automobile without knowing what one is. So the simple fact is that people throughout the ages have concocted schemes of appeasing their god in hopes of greater prosperity. They even felt the necessity to defend their god against the onslaught of other’s gods—guess what; they still do. On the minimum but persistent scale they persecute and terrorize each other as described above. On a grander scale they fight to the death eternally—all in defense of their god whom they do not know. So,  how do we stop this endless persecution and terrorization? As I describe in my recently released book, Peace In Spirituality, there is only one, singular way. We must become likeminded. That means each person must have an identical understanding of the essence of God—that understanding can only come from an essential definition. That essential definition is as follows— God is a Perfect Rational Being. Six little words say it all—there can be no argument or disagreement. With that understanding, we can readily see how that Perfect Intellect Perceived all and that Perfect Will (The Holy Spirit) achieved and sustains all. Its Perfection denies a possibility of being pleased or hurt. Its Perfect Love denies any possibility of hell or torment in the afterlife—we are accepted in spite of our evil selfishness. You would do yourself well to read Wilderness Cry first and then read Peace in spirituality—you will understand all and will thereby be able to cease your persecution and terror. Both books published by Covenant Books and available world-wide both hard-copy and e-books.906242_Press Release for Wilderness Cry