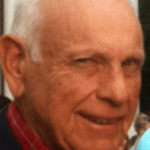 TRINITY GOD: I suspect that most so-called Christians have been indoctrinated with the  basic concept of a Trinity God—Father, Son. Holy Ghost. Likewise, we have been led to believe that, while such a concept is absolute truth, it is not understandable for us mere mortals—it is a mystery. And, based on the concept of God as portrayed in both the Old and New Testaments, I would agree one hundred percent with that assessment. I am allowed to say that because that God is portrayed either as a grizzled old man with an angry demeanor sitting in semi-bust form on the clouds or a similar figure dressed in finest regalia, sitting on a befitting throne with Jesus his little boy sitting by his right side—the whereabouts of the Holy Ghost seems conveniently absent (how do you depict an invisible Ghost?).

There is a clear reason for that  mystery denotation and it  rests clearly on the singular fact that absolutely  no one before me has ever defined  the essence of God. It goes without saying that absent an essential definition, nothing has meaning, God included..

So now we fall back again to history—what does it have to say about all of this? What it has to say and to show clearly is that beginning with the Egyptians, literally every society in existence has recognized a trinity godhead. Of course the Jews while in captivity of the Egyptians undoubtedly adopted their trinitarian concepts— there seems to be a reasonable assertion that it is referred to in the Second Creation Story. Be that  as it may, the writers of the New Testament picked up on it, but I’d vouch to say , they had not the foggiest notion about what they were saying and less idea about what it meant–they simply were spewing out meaningless words base on superstition and mythology.

The oddity in all this is that Jesus knew—he was the only human to know, but because of their bias, and prejudice, the Jews could not  and would (did not want) understand what he was saying. So they killed him.

Another oddity is that for two thousand years, great thinkers, philosophers, and theologians of all types and kinds have tried desperately to understand—they all failed for one simple reason—their thought processes were locked in a box with a grizzled old man for a god. Not one of them could or would let his mind wander back to the real Jesus and his words—such was their blindness or fear of reprisal or possibly both.  Foolishly, they all kept trying to put a two inch square peg into a one inch round hole—it wouldn’t fit.

My sixty five to seventy year trek to the truth took many twists and turns before the ‘lights came on’. When they did, all was instantly clear. That Grizzled old man of a god instantly turned into A God of Perfect Rationality—a God of Perfection in all spheres and domains including Love. My essential definition of God as ‘A Perfect Rational Being” not only allowed for but rather mandated Trinity just as Jesus described, and the Jews rejected.

Jesus knew that his soul (Spirit) and the Spirit of every particle of energy of which everything is made mirrors their Creator. Cumulatively, that Creation is the Mirror Image of God—the Second Person Of The Trinity. The perpetual Love between them carries the ‘Brand of its Generators—it is the third person of Trinity—the Holy Ghost. So the Trinity is no mystery at all. The Jews and Christians concept of God is, however, a complete myth.

The rub comes from the irrational concept that God is here and his creation is over there—he lords it over all. Rationality demands an omnipresent God which permeates all with his Perfection and Love. He resides in all, and therefore can reject nothing.

For a complete dissertation on all of  this and much, much, you must read my two little books, Wilderness Cry, and Peace in Spirituality. Press Releases and video trailers included below. All comments welcomed.

Press Release for Peace in Spiritialoty